Johnny comes running in from outside. He has a paper airplane in his hand that’s flying so free except that it takes his hand to keep it afloat.

And he shows me the airplane and nose is bent.

“How many times did you throw it toward the ground?” I said.

And he looks at the paper plane and looks at me and looks at the plane and I’m tired. I’m so tired. Being alone and raising these boys is so hard. Everything is about poop and dirt and frogs and I don’t understand any of it. I wasn’t one of those women who wore a princess dress but I always thought I’d grow up and be more than this. I thought I’d be a singer or a poet or a great artist and here I am talking about the physics of flight and how if you aim it wrong the plane will fly into dog poop.

“I aimed it at the sky and it just went straight down. It took a nose dive,” said Johnny. He’s eight and nothing is his fault. I would love to be that free from repercussions.

He runs to the kitchen table and grabs a cookie.

“Do you think it hurts to die?” he said.

This is what no one understands until they’ve had a child. There’s no segue way. No small conversation. It’s just one minute we are talking about our paper planes and the next minute death.

Because I’m not dead. Because I don’t know who gets to come back from death to let us know whether what we’ve done matters or not or how bad death hurts.

“Because I’ve never died,” I said. 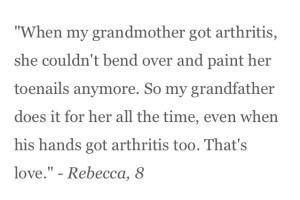 And Johnny looks out the window where my older son Ben is playing catch with his friends.

And I laugh and I think that Michael hated flying and he hated leaving Coma. He didn’t care about politics. He didn’t think about all the things he should’ve been. He was happy building a car engine during the week and spending his weekends with me. There wasn’t much more. The only person who wanted more was me. I thought I should be a better musician. That I needed to be successful. That I needed to be some one in New York. That I needed to be anything other than Coma. And now he’s gone and I’m here with a small boy and paper airplanes that take a nose dive into the ground full of dog poop.

“I think death must feel like falling Mommy. But not scary. I think it’s like you are suddenly up in the air and floating and that floating above all the pain here goes on forever. All you feel is free. Don’t you think?” He said.

And I don’t want to look at his face because I know it will make me cry.

I remember the last time Michael took a breath. I remember him sick. He got up from the hospice bed on one of his last days alive in my life and asked me to lift up my shirt and he said, “I’m gonna take your pain.”

And I laughed. Like you could take away the Cesarean scars and the punk rock idiot who took a knife to my abdomen before I realized I was more and I deserved more than to be a hot chick who got hurt badly and ran away.

But this was the first time Michael was sitting up in four days so I assuaged him and slowly lifted up my shirt. And Michael looked like a Zombie. One of the zombies from the ‘Walking Dead’ who will eat your intestines out but it didn’t matter because this was the man I chose and I slowly lifted up my shirt to reveal all the stretch marks and scars of time and all the pain and all the incredible hurt and he took his boney finger and he traced each one. “I’m taking this with me Sadie.” He said. “I am taking this all with me out of this world so you can be all the things you dreamed.”

“Out there. When I leave this Earth. I’m taking all of this out there with me. And all you have to do is start over. Start again. Find love. Find love for yourself. Live your dreams.” and he finished tracing the scars and looked out the window and there were stars out the window. All the life we think might be out there and all I saw was a life that was ending in a man I loved, so I looked away. 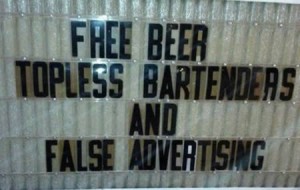 The Coma News Daily editor said if I don’t talk about boring drunks on stage and in a bar in my column he’ll get rid of it. He want’s me to get more political and more with “the times” and I don’t even know what that means. So, it’s Tom Petty and Trivia night in Bear’s Biker Bar. There are no women here and no one is playing trivia but my father, Stan, who has Alzheimer’s is telling Bear, who is a 90’s layover skater, that he’s wrong as they play ‘Go Fish’.

“Stan. That’s just not true. Women are expendable.” said Bear. ” They all just want stuff and they all just take their clothes off now ‘artistically’ on Instagram and I don’t have real feelings for any of them.”

“Buddy, you should meet my Sadie. She went to NYU on scholarship. She did some amazing things. She was in a band. The band is playing tonight,” said Stan.

“I met your Sadie she is over there being over 40 and drinking a beer. She probably has only seven years left!” said Bear. “Do you have a six?”

“Go fish,” said Dad, even though he has a six of hearts and a six of spades. “That’s not my Sadie. That’s some 40-year-old sad woman. She’s pretty but she’s not my Sadie.”

“I’m gonna have to rage on you Stan. You showed me all your cards and then told me to ‘go fish.’” said Bear.

“Yes, because you don’t understand what the fish are and why all sixes don’t matter. It’s the right six for you that matters,” said my Dad through the throws of his Alzheimer’s. “My Lucille was so much smarter than me. She knew where my slippers were and we were so happy. And now she’s gone and I can’t leave the kitchen unless I come here to find Sadie.”

“That’s not my Sadie. My Sadie was not a middle aged girl,” said my Dad

I look down at the beer I’m not drinking and I hear Charlie the Coma Librian in the background playing, ‘American Girl.’

“Well she was an American girl
Raised on promises
She couldn’t help thinkin’ that there
Was a little more to life
Somewhere else
After all it was a great big world
With lots of places to run to
Yeah, an d if she had to die
Tryin’ she had one little promise
She was gonna keep”

And I can’t help thinking that I will miss Tom Petty’s words but at the same time I understand I didn’t love or know him like the woman who loved him when he died who had to let him go. I understand that because every time someone said they felt bad for my loss with Michael I wanted to scream, “did you stop seeing the chest of someone you loved stop moving?” But I didn’t.

I am trying to write an upbeat column that sells papers. Sorry, Davis Montgomery!

“Sadie Cracker, will you come up and sing with me?” said Charlie.

He’s the Coma Librarian and runs all the special things that help children in Coma understand that there’s a difference between a Border’s Books store and a Library.

And Bear laughs and shakes his head and says, “I need a seven, Stan.”

Everything we have is finite. Like my dad has a seven in his hand and says go fish. Like Bear is looking for this perfect, half-naked, easy woman that Instagram gives him. And we are all looking for the perfect life and the notoriety and money to go with it but in the end Tom Petty died. He died like everyone does. Quietly with a bunch of people saying RIP for reasons that really weren’t him as a day to day person. Did he help my make out sessions? Yes! But I don’t know him well enough to say RIP. I loved Michael and have no clue if he’s in peace and everything I could tweet, Instagram, and Facebook really means nothing to my life or the knowledge that he’s in a better place. But Michael helped me meet Jack. I don’t know if that means anything either. But I care about him.

“Sadie Cracker! Get up on stage and let’s play ‘Free Falling’” said Charlie.

I look around and Jack texted me that his flight from LA was going to be late so I go onstage and tune.

“Let’s do ‘Free Falling.’” I said to Charlie, the Coma librarian.

“Yes, but you’ve gotta get that in tune,” said Charlie.

I move to tune my guitar and the door to the bar opens and it’s Jack. All Jack has is a weekend for me but he’s here, he’s late, so I pretend I don’t see him. Jack and his great sweater and Hot Snakes band tee-shirt walks toward my Dad. Jack introduced himself to my Dad every time we were dating because I told him my Dad wouldn’t remember and so every time Jack goes directly to my father.

My dad pauses a moment and says to Bear, “You got a seven, buddy?”

And bear hits his head against the faux wood bar. “ARE YOU SERIOUS? I Just asked you for a SEVEN! !@!!!”

“No. You asked me where Sadie is and I said New York,” said my Dad. And then to UCLA Jack,” She’s in New York, buddy.”

“I see her. She’s playing ‘Free Falling.’” Jack points to the stage.

“Some old lady? That’s not my Sadie,” Dad said.

And I see Jack and his ridiculous  band tee-shirt and I just realize I miss him so I sing louder.

And Jack claps. And I just have to put the guitar down and run to him.