Fire to Strike a Home for Those Guys

By Thomas Steven John, future news reporter
A rare tragedy will turn even more depressing Saturday when fire strikes Coma’s home for recently divorced men.
A Place for Those Guys will suffer extensive structural damage–but no injuries–from a fire that will start in a lower storage unit, this reporter has learned in a peyote-fueled fever dream. 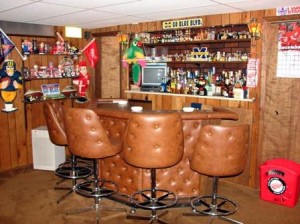 A Home for Those Guys is largely filled with man cave style rooms with daily laundry service available.

The generally middle age residents of the condo complex and assisted living facility will ignore the fire alarms that will sound at around 11:30 a.m. as most sleep off hangovers.
Although the fire will be quickly controlled, firefighters will face their sharpest challenges in removing belligerent drunks from the many smoke-filled and trash-strew man caves in the complex. 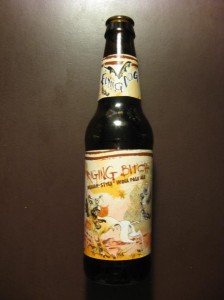 Raging Bitch pale ale is a sponsor of A Home for Those Guys and will play a large role in providing comfort for the men as the rebuilding process begins.

“So no one’s going to be hurt? Well, I’m sure it’ll be fine then” Dr. Jimmy, a development resident, said when told of the impending tragedy. “If nothing else, it should at least get this place a new coat of paint.”
The fire, which will be started by an errant cigarette thrown into a paper-filled trash can, will destroy most of the painful mementos of happy times past held in the development’s storage unit, as well as the vast cleaning supply/personal services closet.
“The fire’s gonna burn up the mobile massage table over there?” said Marlee Bumgartner, who works nights as a masseuse in the complex. “It’s probably for the best–you can only take so much.”