How do you turn around population decline in Coma and a move from rural areas? One town leader has just the ticket.

Like many rural communities, the number of Coma residents has been flat-to-declining for years.

But getting down is not the Coma way. Town Councilman Bob Smith-Smith has proposed a Coma partnership with Amtrak, America’s leading railroad supplier, to get more writers to move to rural areas like Coma. 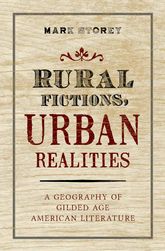 Parts of the proposal aim to move urban writers to rural areas to ‘encourage’ them to write about rural problems that center around cows and food sources rather than urban problems centering around ‘Sex and the City’ style hook ups.

The initiative raised skepticism among other people, including Councilwoman Natalie Peters, who is from Brooklyn, NY.

“It is totally feasible that Frost could walk down a Brooklyn side walk, see a tree and eat a bagel,” Peters said. “Not a day goes by that I don’t wish I was still living in the land of eternal happiness that is New York. So lets just move on.”

The proposal dovetailed with Amtrak’s writers residency program, which pays writers to use its trains, write about train travel and interact with its conductors, who may or may not be high on crack.

Smith-Smith’s proposal would designate the first stop as Coma, regardless of the writers’ train’s point of origin.

“Not sure why we need more writers here in Coma,” said Robert McGuiness, former reporter for Coma News Daily. “We barely have people willing to read.” Another idea the Town Council has mulled to boost Coma’s population is a range of tax credits for people who have children or actually providing jobs for people who currently live in Coma.