May. 29 Living no comments 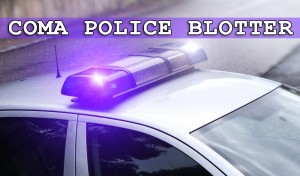 May 24, 2014, 9:34 am -Shoplifting – John’s Market- A Weight Watchers volunteer was charged with shoplifting cup cakes from the bakery by putting them down her pants.

May 25, 2014, 6:12 pm- A man disguised as Zorro jumped form the bushes in front of the local McDonald’s brandishing a water gun and robbed Sadie Cracker of two children’s Happy Meals in the 3400 block of E. Market Street.

May 27, 2014, 2:11 am – Woman reported to police that she has been stalking herself on Tinder, Match.com and other dating websites, as well as LinkedIn. Caller accused herself of bullying by denying herself snacks and other chocolates in order to “look better and lose some weight.” No charges were filed.