After nearly 40 years on the job, Albert McCallister is finally calling it quits.  Known throughout the police-sketch artist community as inarguably the world’s worst police sketch artist, McCallister’s sketches helped lead to the capture of nearly one criminal in his almost 40-year career.

“I just had some bad luck in my time,” the 89-year-old McCallister said about his poor track record. “Between there being some bat-shit crazy- looking criminals and the fact that most of the witnesses were no goddamn help at all, I can only draw what I’m told to draw.”

McCallister completed more than 1,100 police sketches during his time with the Coma Police Department.  The arrest and conviction of Danny “Three Fist” Callahan in 1985 was partially attributed to McCallister’s sketch of the suspect.

Below: Examples of some of McCallister’s work 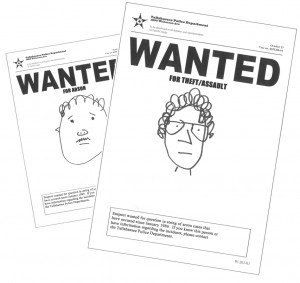 “Well, I guess his sketch did lead to the arrest of Callahan,” police Coma Police Chief Raleigh Fitzsimmons said. “What happened was that we posted the sketch in the newspaper and Callahan was so offended by how bad the sketch was that he came forward to file a complaint and we apprehended him at that time.”

McCallister started working for the department in 1974.  At first, he worked only part time but eventually became the department’s full-time and only sketch artist.

“He kind of just kept coming in,” Fitzsimmons said.  “After a while, he was just here.  All the time.  We realized in 1998 that we weren’t even paying him. I didn’t know how to go about firing someone who didn’t technically work for us.”

Below: More examples of criminals sketched by McCallister

McCallister disagrees with his critics.

“I’ve seen some of them assholes they’ve hauled in and then compared them to my sketches and I think it’s pretty goddamned close,” the crotchety McCallister said.  “I mean, they got eyes and a roundish head and most of them got noses and mouths even.  What the hell more do they want?”

Fitzsimmons said that while McCallister was generally liked by the staff, his sketches sometimes sent them on wild goose chases and may have wasted valuable resources.

“Honestly, I felt like we were looking for cartoon characters or aliens half the time,” Fitzsimmons said. “Hell, one time we thought we were looking for a newborn infant baby in a carjacking case. We eventually started using the sketches to help us determine what the suspect did NOT look like.”

McCallister plans on spending his retirement sketching and pursuing his dream of becoming a courtroom sketch artist.

McCallister claims his sketches were “life-like” in most instances 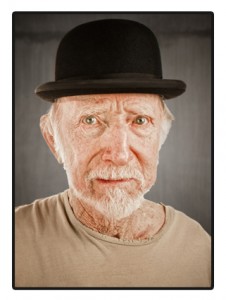 ← Blog: How to be the Best Blogger on The Internet in Your 20s
Civil War Paratroopers: An Invention Ahead of Its Time →