Civil War Paratroopers: An Invention Ahead of Its Time 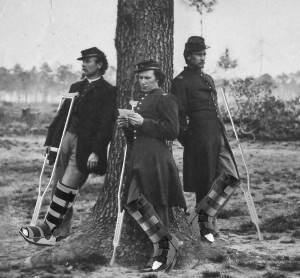 One of the best kept secrets of the American Civil War was the invention of the parachute.  Although it was never deployed in battle and resulted in numerous and debilitating injuries to the first paratroopers, it  the first paratroopers were rendered mostly ineffective as many suffered terrible leg injuries on their jumps and could not continue to fight.

Although the design of the first parachute was sound and well-made, the elevation the paratroopers made jumps from did not provide sufficient time for the parachutes to properly deploy, meaning many fell several stories onto the ground below.

It would take more than half a century and the invention of the airplane before the parachute was successfully used in combat.  The pioneers of the 51st Massachusetts, although rarely recognized, certainly paved the way for future soldiers.