Road kill and weeds among offerings at re-branded Coma retailer.

By Coma News Daily Staff
Everything takes a little longer at Bob’s Organic but they wouldn’t have it any other way.
The Coma convenience store, formerly known as Bob’s Mart, re-launched with a remodeled and re-branded store this week. Instead of specializing in cigarettes, liquor, salty snacks, cheap toys and leisure wear, the new store will aim to provide a wide selection of foods and products that are 100% OTC-USDA Certified Organic, truly raw, and free from pesticides, gluten, dairy, soy and processed sugar. Or put plainly, it is mainly expensive road kill and weeds. 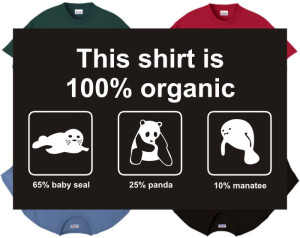 “Instead of shoveling creature comforts to Coma’s blue collar folks, we have evolved to provide guilt-free indulgences to the more enlightened and evolved residents of our community,” said Bob Smith-Smith, the store’s chief artisan.
And is no easy thing to be the mission-driven provider of craft premium organic products when you seek to move beyond traditional organic standards.
“Ever since that big study last year found that organic food isn’t any healthier than conventional food we realized we need to raise the bar to provide only food that occurred completely naturally without any planned human involvement,” Smith-Smith said.
The locally sourced products require a network of contributing regional artisans, like Jax Owen.
“I offered them some of our annual cull of the massive deer herds around town but Bob insisted on only organic,” Owen said. “With the prices they’re paying, I dropped the guns and pretty much just hunt using off-road vehicles these days.” 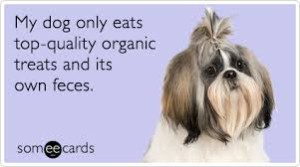 Early community benefits of the store include a marked reduction of early spring weeds around town.
“Those guys are paying like $100 a pound for dandelions–dandelions, dude!” said Chase Donovan, a local teen.
This week’s specials include stone-ground acorn butter for only $20 an ounce, pine needle beer six packs for $40, and geese guano spread freshly prepared and priced daily.
At Bob’s, you never know what surprises nature will provide next.

← Podcast: Luck of the Luckless
In Coma, Games ARRG Great →